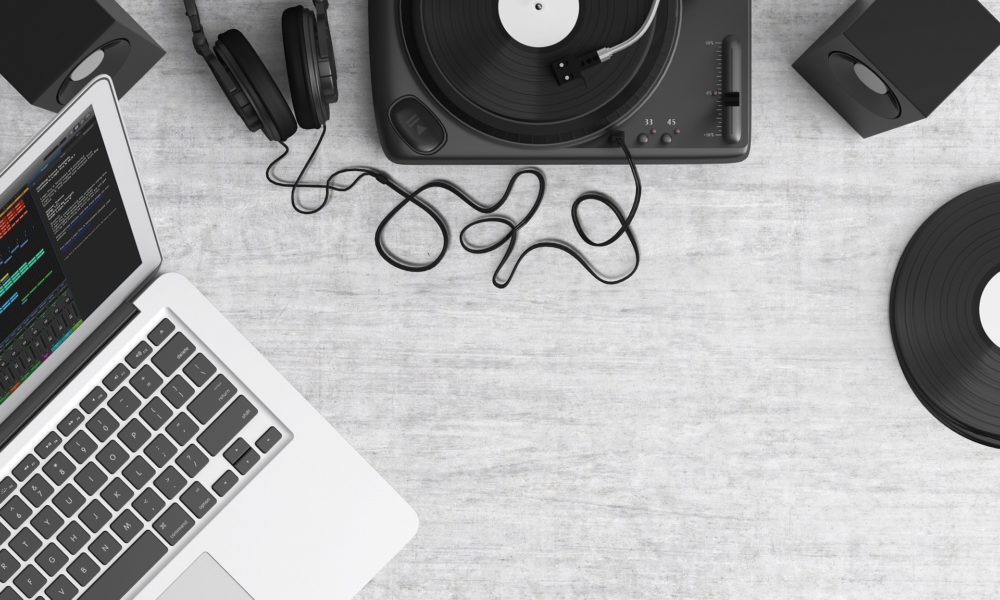 I’ve always said that music was at the core of Apple’s success. It’s why the company has always managed to stay a few steps ahead of the competition. Sony had all the components of the iPod well before Apple did, but was never able to put them together — and the reason is simply that Apple’s culture has the internal rhythms that other companies lack. I’m not the only one to notice the musical dynamics at play in Apple culture, either; one recent article compared an Apple product launch to a rock concert.

Of course, the future of music has been very much in question lately; as the medium of choice has shifted from vinyl and CD to downloads and streams, many a think piece has been written on the dire straits of the music industry. (Not to be confused with the Dire Straits of the music industry.) But if you ask me, all that doom and gloom is overblown. Sure, the medium has changed — but music remains pivotal to all of our lives. In fact, I’d say it’s more central than ever.

Just look at recorded music sales data, as compiled by the RIAA.

Yes, there has been some ebb and flow, and no, 8-tracks and cassette tapes aren’t selling what they used to. But music is still making money. The only real change is how that music is consumed, with streaming, digital downloads, and subscription services now leading the pack.

And if there is any one event to which you can trace the reimagining of the music industry, surely it’s the advent of the iPod. That was really the death knell of the physical album format — CD, vinyl, or what have you. Because of course, with your iPod, your music is portable. You can work it into all parts of your life, rather than waiting for those glorious few minutes in the car when you get to switch on the radio. I meant it when I said music was more central to our lives than ever — and you have Apple to thank for that.

Of course, Apple has continued to evolve since the iPod — though that product remains foundational, maybe the biggest disruptor of my lifetime. After all, the iPod was what gave birth to the iPhone. And it’s hard to imagine streaming culture really taking off without a portable music player you could fit into your pocket. Do you really think Spotify would be popular if it was only available on desktops?

It must be mentioned that Apple has its own streaming service, too. I happen to like it better than Spotify, but I also think it’s a better business model. Unlike Spotify, Apple Music is a streaming platform that funnels listeners into digital sales; you can discover new tunes on the streaming service but then buy your own MP3 copy on iTunes. That’s a great mix for Apple — it provides multiple revenue sources — but also for consumers like me, who still like to actually own a piece of music, and to have it available to listen to even if the Internet connection gets choppy. (How annoying is it when you have 12 more minutes of treadmill time but the gym’s Wi-Fi goes out and you lose your Spotify beat?)

Apple products have always been popular, first and foremost, because they just work — and I think that’s true with Apple’s music offerings. You can very easily stream music and purchase new tunes from your iPhone, and be able to tap into your favorite songs any time you want — something that would have been impossible to imagine even 20 years ago, but is now standard practice.

Nothing could be more Apple than that. The Apple culture has always been marked by personal empowerment, and now, Apple places music discovery and consumption right into the palm of your hand — in a way that allows you to experiment, to think differently, to expand your horizons, to integrate music into every corner of your life.

Music still matters. It’s still selling. It’s still being consumed — more than ever. The medium has changed, I grant you — but its centrality to our lives has only grown more prominent.