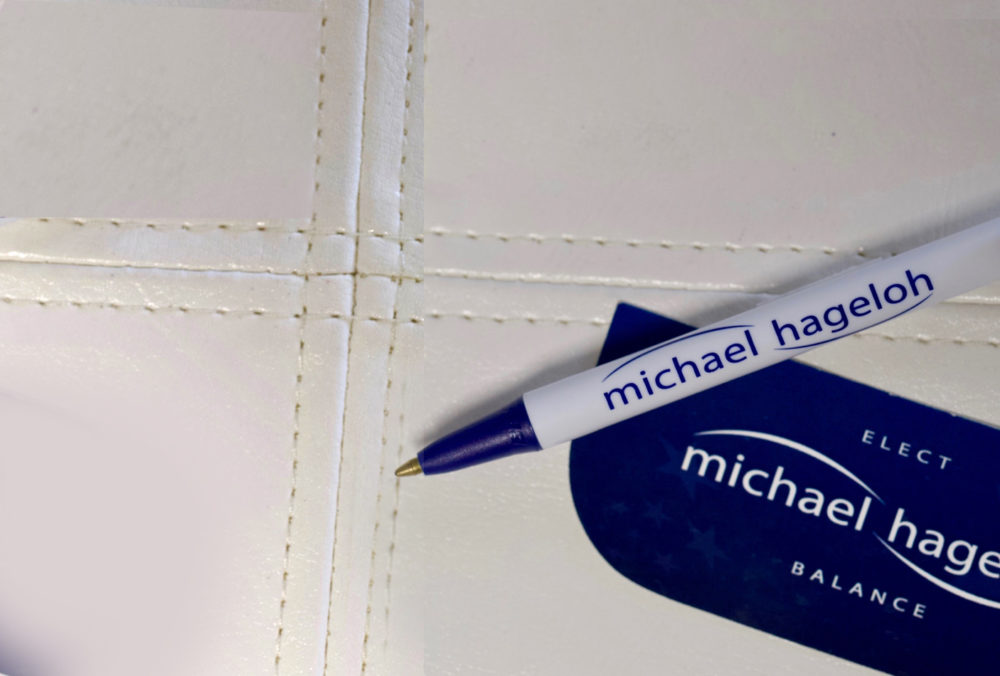 A seat was open in the Florida House of Representatives. I already had a long history of quiet public service, serving on Economic Development Councils, doing non-profit fundraising, assisting with animal welfare programs—a whole host of things. I also had some personal connections to the Tallahassee area, so I approached the local Democratic party about becoming a candidate.

By this time, I’d spent more than two decades representing products globally, building partnerships, working with lobbyists, chairing fundraising, and influencing edtech policy. Frankly, I was pretty good at these things. So the chance to market a very different kind of product—myself—seemed like a challenge.

What’s more, I felt like I had something to offer. I believe in social good. I champion fairness. I think everyone should have a seat at the table, regardless of their age, race, gender, or creed. I’m not interested in who you love, only that you get a chance to love. Finally, due to my business background, I knew how to keep an eye on the money. To me, that all sounds like winsome, universal stuff.

As a bonus, at the time there wasn’t a single legislator with even a rudimentary understanding of the primary force driving the 21st century economy – technology. Nobody in the legislature could even define such Internet basics as TCP/IP, much less weigh in on such advanced concepts as Net Neutrality, which was then managed by lobbyists alone.

Armed with technical skills, marketing skills, and transferable sales skills, I thought I could make a pretty easy sell of this new product. A slam dunk, even.

So, I ran for the open seat. I was effectively founding a startup (me) and marketing a product (also me), both things I felt qualified to do. I wrote my campaign a check for $100,000, and I was off.

All the usual running-for-office trappings soon followed. I had a logo, a website, office space, business cards, pens—even a pretty elaborate coffee machine to keep my team well-caffeinated. We had hats, shirts, bumper stickers (see photo), and most importantly, we had the drive the change the status quo.

And I did the work. I gave interviews. I went on TV and radio. I biked the entire district, marketing my campaign. I held live campaign events, and people were eager to get in. My product—Michael Hageloh for the House of Representatives—was officially launched!

Dealing with the Unforeseen

And then something unexpected happened. The seat’s incumbent occupant—long a champion of term limits, and all but guaranteed to retire—decided he was going to give it one more shot after all. (Note for startups: disruption is no longer a surprise; your competition is expecting it.) He threw his hat into the ring and handily won his primary. He had decades of name recognition and local support to draw from. Maybe this wasn’t going to be a slam dunk after all.

I kept at it, but made some critical errors. I paid a lot of money to get opinions from all types of experts – marketing, community, even robo-call—and followed their advice even when it rubbed against my own personality—a big mistake.

I tried to give the public my own, authentic self—often going off-script and fielding odd questions at campaign events, rather than sticking to my basic bullet points. Another big mistake. (How many startups try to be everything to every customer? Stick with your core.)

And I totally missed the fact that, in a mid-term election season, there was a wave of Obama backlash crashing down all around me. Still another big mistake: missing the big picture.

But of course, I did get over it—and in doing so, I learned some valuable lessons that I think apply not just to office-seekers, but to entrepreneurs of all stripes.

For one thing, I learned to believe that old Ronald Reagan adage: Trust but verify. I trusted the advisors who told me the incumbent wasn’t going to run again; that it was a wide-open election where I’d have as much name cache as anyone else in the field. But I never verified their prognostications. If I had, I would have discovered these advisors are wrong more than right.

But the way the situation unfolded was not how it was initially pitched to me—and if I’d taken the time to really study and understand local politics better, I probably would have realized that. And I likely would have saved myself the time and money and just not run at this time and place. What’s the old saying about hindsight, again?

I also learned about the limitations of disruption. In trying to market my product, I aimed to give the people something authentic; I tried to give them a version of me I thought they wanted to hear. “They may not like me, but at least they’ll really know me,” I said, justifying my tendency to go off-message and to give complex, nuanced, discursive answers at my campaign events. I honestly thought voters craved depth. Well, how many of you have built products with features no one wants?

What I didn’t realize is that in politics, complex, nuanced, and discursive answers just aren’t what people go for. They want three simple, succinct bullet points—period. I thought I could be an early disruptor and change the way politics was done—but this was a bit of hubris on my part. I should have been more understanding of how and why other successful candidates connected with voters, rather than trying to implement radical change right from the get-go. The lesson for startups? Don’t try disrupting your industry unless you first understand that industry, inside and out.

And of course, there was the matter that I was running as a Democrat in the year of a massive Republican wave. The national mood at the time—backlash against then-President Obama—should have been more on my radar. This, too, holds a valuable lesson for startups: You need to understand the micro-picture—your own business—but also take the macro view. Your startup will not function independently of the world around you!

One more: I didn’t see until it was too late that my feedback loop was broken. I was taking advice from experts – expensive experts who were not invested in my product, and who all had their own agendas. (Mostly, to stay employed as experts.) In this sense, I should have had more faith in my own product; I should have listened to my gut. (A quick note here for entrepreneurs: Just because investors have the money doesn’t make them experts, either. You need a balance of money and advice.)

But for all that, I bounced back. I’ve gone on to tackle some really exciting challenges in edtech startups—successful ones, at that. My vertical failure in politics taught me more about horizontal marketing. I learned a lot about myself. I learned about my own emotional intelligence (and its limits). I learned that I don’t know everything, and that’s okay.

I also learned that getting website clicks is not the same as getting customers—or in this case, votes; I was getting attention, but ultimately not offering people the product they wanted.

And, I learned about the importance of community. Again, real community— not just clicks. For any product to take off, it’s got to be launched into a community that’s ready for it. That community has to be nurtured and maintained, spoken to often in its – not your – language. And today, there are tools to make community management easier than ever; I’ve got more than 110,000 Twitter followers who I interact with regularly, having learned just how critical such two-way engagement really is.

I was able to take all of this knowledge and fix the product. I know more about myself now, and I also know more about marketing intangibles, selling ideas, staying on message, and repairing egos.

And here is the final lesson I learned—maybe the most important of them all. In the end, people buy/vote based on emotion. It doesn’t ultimately matter how disruptive you are if you don’t connect with them on that emotional level. That’s true no matter what you’re marketing—your product, your ideas, or even yourself.