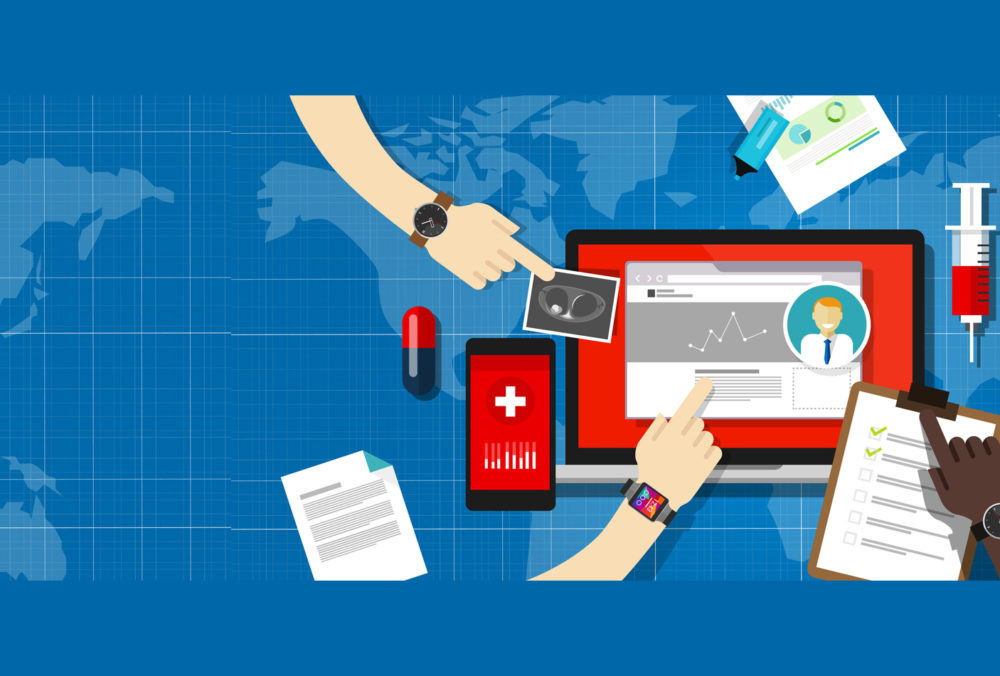 You may have missed one of the year’s most significant tech stories. In January, Apple announced that they were working with a handful of major hospitals and medical organizations to develop a new personal health records (PHR) feature for iOS users, essentially allowing individuals to have their personal medical history on their person (or at least, embedded on their device) at all times. The promise here is portability—the chance to have real ownership of your medical history, and to carry it with you at all times.

This news announcement isn’t really news at all, of course, at least not for those who’ve followed iOS since its infancy. I was working at Apple when iOS development first started, and the ability to carry around personal medical records was a hot topic. I connected a number of leading medical schools with the iOS development teams and every med-school dean I interacted with wanted to be involved.

It’s been the impetus for subsequent Apple breakthroughs, too—including some that haven’t broken through quite like Apple may have hoped. I’d vested out of Apple by the time the Watch was introduced, but I feel confident in saying that personal and portable healthcare management was the chief consideration for that product. It didn’t quite catch on, but in a few years, we may be looking back on the Apple Watch as a product ahead of its time. Like so much of Apple’s innovation, it’s early and often not understood.

That’s because, minor and anticlimactic though it may sound, I really believe that the universal portability of personal medical records is the next big disruption in healthcare–or anywhere for that matter–, and the next frontier for the intersection of health and tech. But before portable medical records become commonplace, there are a few breakthroughs yet to be made—including format standardization.

This is a familiar theme in the history of tech. Think about how the MP3 eventually became the standard file type for music, and how the MPEG was the go-to for compressed video files. I might also point you to TCP/IP, or Transmission Control Protocol/Internet Protocol—the standard networking protocols that allow computers to communicate with one another.

It’s worth noting that TCP/IP was actually developed by a university consortium and the Department of Defense—and like it or not, I think we’ve come to another juncture where government leadership would be helpful. Now, I’m not a proponent of big government, but I am a fan of smart government—and it seems to me that the smart move for global governments to make here is to bring together medical professionals and tech innovators to develop the standardized electronic medical record (EMR) or personal health record (PHR)–pick your favorite three letter acronym (TLA)–and mandate its use.

It’s difficult for me to imagine any doctor who wouldn’t sign up for an electronic medical records system that offers truly universal usability. And just think of the benefit for individuals, especially those who don’t have easy access to primary care; being able to easily upload a full medical history, without any hassle, red tape or (worst of all) lost records, would make something as limited as telemedicine much more helpful and impactful. Think also of the person who has to go to the emergency room, or to an urgent care facility; the ability to furnish full medical records could be invaluable. It could literally be life-saving.

There are sure to be concerns, of course, like the concern over someone else getting their hands on your medical records. Let me first say that, given the things people are willing to share with the world on Facebook and Twitter, it seems odd to me to balk at the idea of a PHR app. With that said, technology could provide an answer for this, too, perhaps in the form of blockchain security. (Note that I’m using “blockchain” essentially as a metaphor, an ideal for secure medical records; this technology is still so new that the terminology is somewhat in dispute.)

Remember: The big innovation of the iPhone was its customer-focused user interface (iOS), which effectively created this whole category of technology that we now call “devices.” And devices have always been about the individual. That’s why I think people’s health is the next leap forward for devices of all types—with Apple once again leading the way.