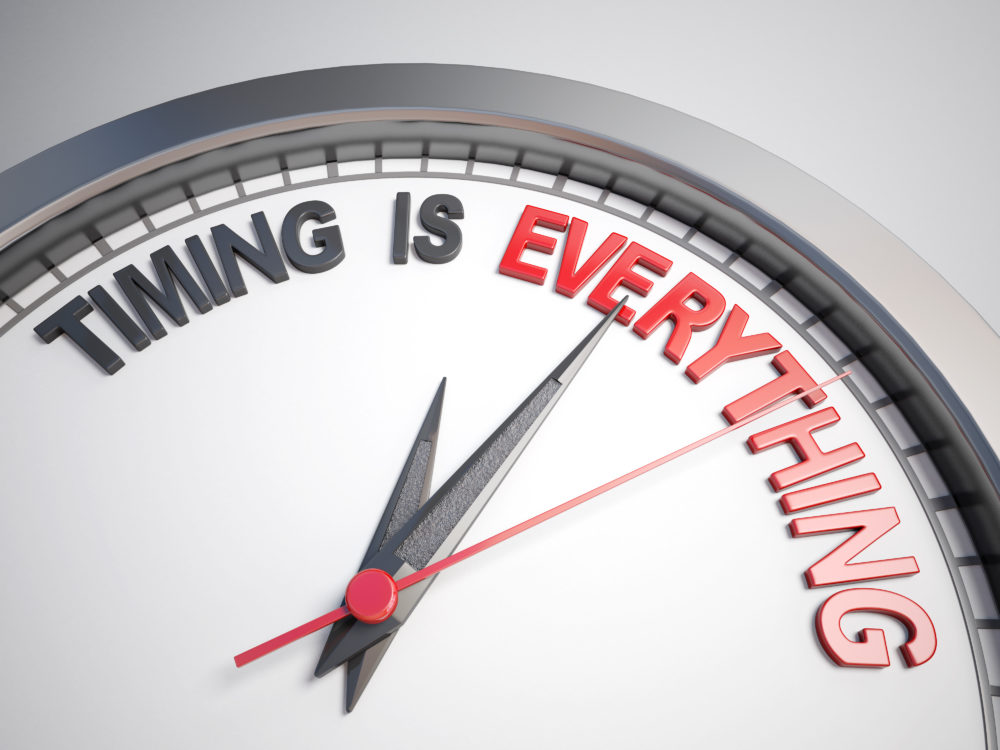 Lately, I’ve been thinking a lot about timing. Of course, that’s really nothing new; as a long-time drummer, I’m always aware of the importance of timing, and of the potential to revolutionize your life, your business, or the world at large simply by moving a little slower or a little faster.

I’ll also point out that some of the most significant news stories of the past few years have largely been matters of timing. Let me offer a couple of quick examples: Can you imagine Donald Trump becoming President but for the timing of his candidacy with regard to the Internet and social media? For that matter, can you imagine that we’d be talking about compromising photos of Jeff Bezos but for the very particular moment we’re in right now with regard to technology and its role in our lives?

Timing was always a big deal at Apple, and something Steve —and others— really had a knack for. For example, there was the fortuitous timing of the floppy disk falling out of favor. Steve saw this coming early on, and I vividly remember the closed-doors meeting where he let us all know that the new generation of Apple products —those things called personal computers for you gen (insert letter here) folks— wouldn’t have floppy drives. For those of you out of touch with the floppy, I started with 8-inch, moved to 5.5, and ended with 3.25. (Please, sophomoric humor here is obvious but really not necessary.)

This was unthinkable at the time, and in my market —academia— there was some real panic. We thought all our customers would leave us, so much did they rely on the floppy drive. But of course, Steve was right. The floppy went extinct, our next generation of products was seen as forward-thinking and revolutionary, and ultimately the jettisoning of the floppy drive opened the door to the iPhone. (I’m so glad today’s devices don’t have floppy drives; I shudder to think what people would put in them!)

Steve’s timing was perfect, and it wasn’t the only such example. The same happened when Steve wanted our devices to use USB instead of other interfaces —something that was pretty dicey and untested at the time, but he knew the timing for it was right. That seemingly simple decision pushed technology forward considerably. Today USB is ubiquitous, and it’s thanks to timing.

Again, I come back to my drumming. I know that making the decision to either speed things up or slow things down can be seismic, and Steve was someone who always knew just the right tempo and cadence.

I also know that the best drummers know how to listen, and how to be aware of what’s going on around them. That’s a key point here. I do think that some people, like Steve, are simply born with a good sense of timing. They have the gut instincts they need to time things precisely. But timing is also something you can master simply by being attentive. Tune in to what’s going on in your industry and in the world around you; take your cues, and also be willing to stick with it. That’s another key point: Neither the death of the floppy drive nor the adoption of USB took off immediately, but Apple had the initiative to see them through.

Maybe you’re not a drummer; maybe you’ve never had much sense of timing. But if you pay attention, trust your gut, and exercise some persistence, I think you’ll develop the ability to time things just right.