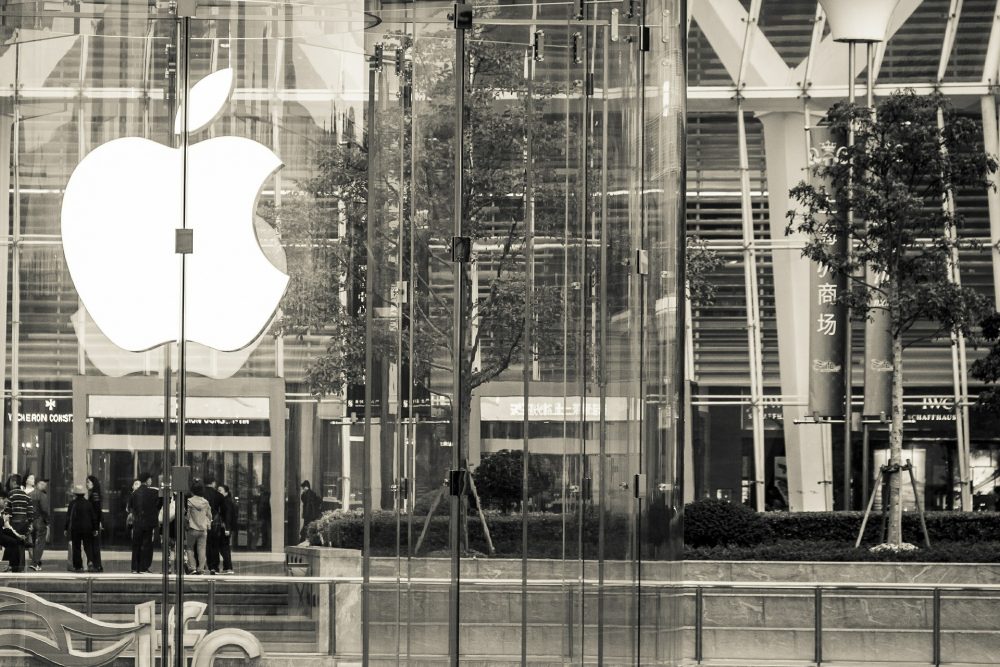 Once people know that I was at Apple for 22 years, they’re fascinated. Everyone wants the inside scoop on the most creative company in the world. And I’ll be honest: Half the time, they don’t want to believe the true secrets behind Apple’s success. (It’s a big part of what compelled me to share those secrets in my book Live from Cupertino, coming out later this month).

The number one fact that shocks people about Apple, over and over, is that they have a sales department. That they need one at all.

This couldn’t be further from the truth. Yes, Apple has a sales team. I know, because I was on it.

Even a prior Apple CEO shared this common misconception. One of a string of nondescript executives that marched through leadership during the sad “beige box” days when we forgot who we were, the then-head of the company actually stood in front of the global sales organization, gathered in New Orleans for our annual conference that year, and declared:

“You know, these things sell themselves. You just have to get out of the way.”

Stunned silence. And then… Well, you can imagine how his words instantly made Generic CEO #3 that much more popular with the cool kids. (Not that anyone’s ever accused me of being the cool kid. The guy at the front of the band, not the drummer, gets the girl. And I am a drummer.)

It was an amazingly energetic meeting from the CEO’s declaration on. Let’s just say, thank God the alcohol was free.

Let me put this into context for you. The iPhone and its predecessor, the iPod (remember that?), weren’t even revolutionary glimmers in Steve’s eyes yet. Heck, the Internet was barely a thing.

For most of my time at Apple, I was part of Higher Education sales, the business line that kept the company alive during the dark years, before its thrilling turnaround after the return of Jobs. I had the glamorous role of sitting across the desk from decision makers who would say, “Yeah, but we’re all Windows. We don’t care about Apple. Why should we care?”

My job? To translate. To get the person on the other side of the desk to understand why they should care.

And that’s the thing. Whether you’re looking for funding for your startup, or interviewing for a job, or going anywhere in life, you’ve got to be able to translate the why. You’ve got to sell the idea, without selling. (Because no one like to be sold to.)

No matter how compelling the marketing is – and for sure, Apple represents groundbreaking marketing – when you go from marketing to sales, you have to translate the vision into why. The customer’s why.

And it took a large sales force to get it done, an orchestra of individual master artists. A band, so to speak.

(Seriously, I was a musician first, and a sales executive second. I originally applied for a job at Apple to raise funds to produce my breakthrough demo album. 20+ years and no record later…I realized I was in a band. And its name was Apple. But that’s fodder for another article. And, did I mention, my book?)

Steve Jobs understood translating the vision better than anyone. He was a master salesman. He took people to a place they did not even know they wanted to go—and conveniently, when you got there, there were his products.

For me, sitting across from those decisionmakers at universities and higher education institutions, it meant connecting Apple’s why (think differently, with innovative technology—tech that also happened to be expensive, and didn’t always play well with other tech they had), with their why. With solving their problem. What does the customer need? How can we partner with them to make it happen?

For example, for the State University of Florida, the faculty’s research was stymied by lack of funds. So, I helped them win a $130 million-dollar research grant for a high magnetic field laboratory. And which happened to create millions in Apple business at the same time.

Later, that meant positioning iTunes as an educational tool through a unique partnership with Duke University.

The point of all this is not to tell you how great I am, the point is that: Apple sells. They require people who sell. Do they have a selling culture? No, as I discuss here. There is no “push” to the sales, rather: collaboration, creativity and relationships. And from those elements, those very human elements, the sales flow effortlessly.

So, no, my friends, these things do not sell themselves.

I reveal the secrets behind Apple’s trillion-dollar success in Live from Cupertino: How Apple Used Words, Music, and Performance to Build the World’s Best Sales Machine, which drops on October 29. Pre-order your copy here or your favorite place books are sold.