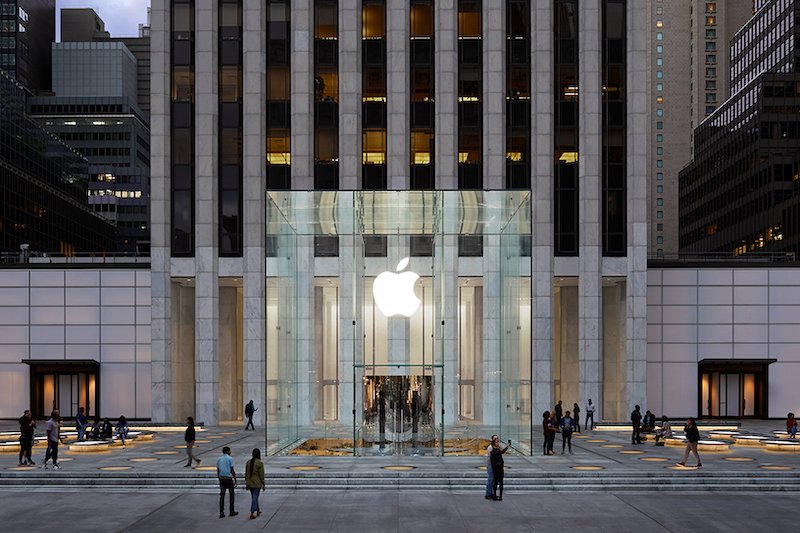 The most ubiquitous representation today of Apple the company is, of course, the Apple Store. As Tim Cook told The Washington Post in 2013, “I’m not even sure ‘store’ is the right word anymore. They’ve taken on a role much broader than that. They are the face of Apple for almost all of our customers.”

Although some criticize the retail extension of Apple as no longer cutting-edge, as more and more retail outlets copy their practices, the Stores’ role in revolutionizing the industry is undisputed.

Others still would argue that great service isn’t new; it’s how things used to be done—and the idea that “everyone’s doing it” would now lower its value is ridiculous. This 60-year-old commenter, lwdesign1 put in his two cents:

“I remember a time when I was a kid when “service” was a word that meant something in retail. I even remember when my dad pulled up to get gas, and one or sometimes two people came out to pump it and wash the car’s windows for no extra cost. Salespeople in department stores used to greet my parents at the door and ask if they could help. This used to be normal.

“Apple has brought back the idea of service and helpful staff, which I heartily applaud, because it’s the right thing to do. If other companies also adopt friendly, helpful sales staff, this would be a wonderful thing and can never ‘run the risk of becoming ineffective’—which is a ludicrous idea.”

Apple Stores were birthed while I was still part of the team, debuting in 2001. At the time, true to Steve Jobs’ meticulous attention to detail, the Apple Store experience was highly scripted.

Everybody had to go through what was known then as Apple University. I would liken it to music school, or the orchestra’s rehearsal before performance. (I dive deeper into these concepts in Live from Cupertino: How Apple Used Words, Music, and Performance to Build the World’s Best Sales Machine.)

Each employee was hired because of his or her virtuoso status; each was a master player by themselves, if you will. Everyone was put out on the floor to make music together for the customer. Not real music, but sales.

Everything about the store was built to sell without it being obvious.

First and foremost, as our enthusiastic commentator mentioned, you’ll notice the focus on service. I’d take it a step further. The team leads with the question, “Tell me, what are your interests?” They are completely customer-driven.

Think of how this is the opposite of a conventional, less stellar sales approach, where store representatives accost you with the latest technology or press the deal-du-jour. (Insert eye-roll here.)

Second, there are no prices. In order to purchase, you must engage with someone who will walk you back for a moment, bring you into the composition they are playing and ask, “What are you interested in?” It isn’t, “I have this thing for you to buy and here’s how much it is.”

“Tell me your interests.”

You would never go to a concert hall, peer into the orchestra pit, where a group of black-clad musicians are tuning their instruments, and request a tune. It would be like going into a movie theater, sitting down and calling out, “I want to hear the blues.”

That is exactly how the Apple Store is orchestrated. It’s orchestrated so that you come into the theater and the conductor looks at the audience and says, “What would you like to hear?”

Third, the stores are built around the customer experience—organized by solution, easy and intuitive to navigate, and beautifully designed. (Sound familiar? Apple takes the same approach to their products.)

Apple Stores demonstrate perfectly how sales is all about building relationships and authentic connections. And the numbers speak for themselves in terms of the effectiveness of this approach: The Apple Store brings in more revenue per square foot than any other retailer—including Tiffany, according to CNN Business.

To learn more about how Apple has built its trillion-dollar empire, check out my book, Live from Cupertino: How Apple Used Words, Music, and Performance to Build the World’s Best Sales Machine, available wherever books are sold.