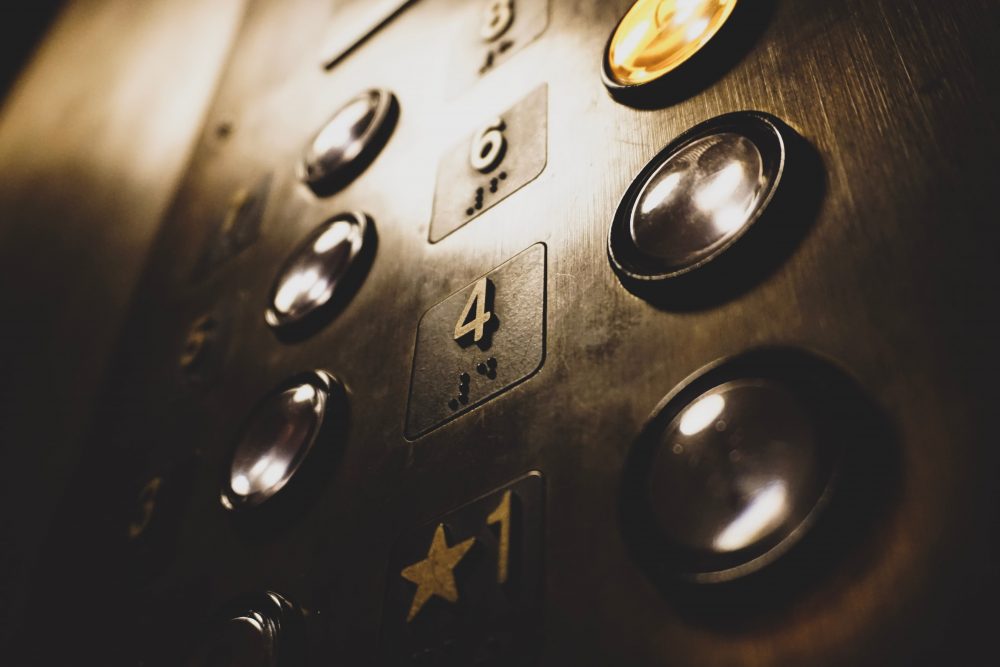 So, first you need to know that I believe that everyone sells, all the time.

Think about it: Your kids are born salespeople. If you’ve ever had a teen negotiate past their curfew or a toddler wheedle their way to a toy you had no intention of purchasing when you walked into the store… You know I’m right.

The same goes for family pets who successfully got you throw them a treat, co-workers who ask for small favors and spouses who need “just one more thing done.” (And if my beloved wife is reading this, the answer is always, “Yes, dear. Of course, dear.”)

What drives me crazy is this idea that most salespeople are looking for the easy path: the 3 things to include in their sales pitch, or the structure of the perfect elevator speech. Success doesn’t depend on easy tips and tricks.

Ask who’s in the elevator

Real success at sales is based on a much more sophisticated approach: toss your prepared monologue and listen.

I played in the band at Apple, before and during the Steve Jobs era, spending years with direct visibility to the master salesman.  I learned from him that the effectiveness of any sales pitch depends on who is listening.

You need to know who is in the elevator with you. Jobs epitomized the philosophy that a salesperson must lead, rather than chase, the customer.

Jobs instinctively knew that making it to the top takes effort, hard work and constant practice (like any good band leader). He rarely came to a meeting with a prepared agenda. Instead, Jobs would pull up a chair and ask if there were any questions. Those questions spurred the presentation.

Simple is not necessarily easy.

The concept is simple but not easy. This is a recurring theme in what I learned at Apple and in the years since, as I helped educational institutions fundraise millions: the strategy for success is simple, but requires nuance, relationships and communication, over an easy, quick fix.

Creativity and enthusiasm are vital; rote memorization of a presentation is stultifying and counterproductive. Rather than spouting a preset elevator pitch, learn who’s in the elevator!

In the early days, Apple employees weren’t trying to follow a formula, but to “make music” together; those “jam sessions” moved a young company from mediocrity to superstardom. Naturally, it was sometimes a rocky path.

Apple almost failed. Several times. (Yep, I was there for the sad beige box years when Apple was trying to fit in with other computer companies, as well as for the line of beige CEOs before Steve Jobs returned).

But great performances—and sales is a performance—require all of the following: Rehearsal, Storytelling, Listening, Words, Rhythm, Improvisation, Soul, Orchestration, and Magic. (I lay these out in detail in my book, Live from Cupertino).

Each seemingly simple element represents layers of complexity when put into practice. Jobs was a master at distilling the ingredients and refining the mix, leading to the company’s record-breaking success and his own rock-star status.

Storytelling, listening—in short, good communication, is instrumental to business success (pun intended). Steve Jobs was a great communicator. My book offers a distinctive look at a company that is a modern legend, told through the lens of an insider. It lays down a challenge for a new crop of business leaders, charging today’s businessmen and women to look beyond the obvious, and not to settle for simple solutions.

Instead, craft an elevator “melody,” with room for improv.

Elevator pitches may help salespeople formulate their thoughts, but such pitches are often lifeless, impersonal and largely ineffective.

Think about how to sing an “elevator song” that is keyed directly to the person in front of you. Become the catalyst for a conversation that translates to a relationship that leads to a sale that meets what they need. It all depends on with whom you’re meeting and talking.

My new book, Live from Cupertino, is the first book written by an Apple insider and the first to prove that everything you think you know about Apple (and Steve Jobs) is wrong. Apple wasn’t even a company; it was a band.